Diseases and Conditions, The Eyes Intricate And Complex 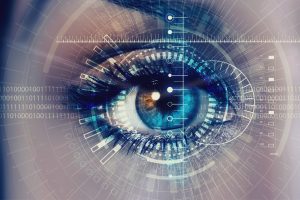 The eyes, intricate and complex, take in and process light and communicate information to the brain through electronic impulses. Several diseases and conditions – viral, bacterial, and genetic – affect the eyes and their ability to function properly. Any sign of unusual eye symptoms should prompt a visit with an eye care professional.

An eye condition in which the cornea thins, weakens, and loses its normal round shape, keratoconus causes astigmatism and nearsightedness. Though the exact cause is not yet known, research has shown that an imbalance in enzymes within the cornea might cause keratoconus. No cure exists for keratoconus, but effective methods of treatment that slow its progression and reduce symptoms have been developed.  At the office of Dr. Landrio & Associates, custom contact lenses for patients suffering from corneal irregularities like keratoconus are available.  These lenses may delay the need for more advanced treatment such as corneal transplant. Also, see the section on “Eye Procedures and Treatments” for more information.

The health of the macula determines our ability to read, recognize faces, drive, watch television, use a computer, and perform any other visual task that requires us to see fine detail. Macular degeneration is the leading cause of vision loss among older Americans, and due to the aging of the U.S. population, the number of people affected by AMD is expected to increase significantly in the years ahead. In 2010, approximately 2.07 million Americans had advanced age-related macular degeneration, and that number is expected to grow to 5.44 million in 2050.

AMD is most common among the older white population, affecting more than 14 percent of white Americans age 80 and older. Among Americans age 50 and older, advanced macular degeneration affects 2.1 percent of this group overall, with whites being affected more frequently than blacks, non-white Hispanics, and other ethnic groups (2.5 percent vs. 0.9 percent).

Aging. Significant vision loss accompanying more advanced forms of AMD increases from fewer than 1 percent among people in their 60s to more than 15 percent among people in their 90s, according to the Canadian Medical Association Journal (February 2004).
Obesity and inactivity. Overweight patients with macular degeneration had more than double the risk of developing advanced forms of macular degeneration compared with people of normal body weight, according to one study reported in Archives of Ophthalmology (June 2003). In the same study, those who performed vigorous activity at least three times weekly reduced their risk of developing advanced AMD, compared with inactive patients.

Heredity. As stated above, recent studies have found that specific variants of different genes are present in most people who have macular degeneration. Studies of fraternal and identical twins may also demonstrate that heredity is a factor in who develops AMD and how severe it becomes.
High blood pressure (hypertension). Investigative Ophthalmology and Vision Science reported the results of a European study demonstrating that high blood pressure may be associated with the development of macular degeneration (September 2003).

Smoking. Smoking is a major AMD risk factor and was found in one British study to be directly associated with about 25 percent of AMD cases causing severe vision loss. The British Journal of Ophthalmology in early 2006 also reported study findings showing that people living with a smoker double their risk of developing AMD.

Lighter eye color. Because macular degeneration long has been thought to occur more often among Caucasian populations, particularly in people with light skin color and eye color, some researchers theorized that the extra pigment found in darker eyes was a protective factor against the development of the eye disease during sun exposure. But no conclusive evidence yet has linked excessive sun exposure to the development of AMD.

A small study reported in the British Journal of Ophthalmology (January 2006) found no connection between eye disease and sun exposure. In fact, the same study found no relation at all between lighter eye color, hair color, and AMD. That finding is contradicted by several earlier studies indicating that lighter skin and eyes are associated with a greater prevalence of AMD.

Drug side effects. Some cases of macular degeneration can be induced from side effects of toxic drugs such as Aralen (chloroquine, an anti-malarial drug) or phenothiazine. Phenothiazine is a class of antipsychotic drugs, including brand names of Thorazine (chlorpromazine, which also is used to treat nausea, vomiting, and persistent hiccups), Mellaril (thioridazine), Prolixin (fluphenazine), Trilafon (perphenazine) and Stelazine (trifluoperazine).
The American Academy of Ophthalmology notes that findings regarding AMD and risk factors have been contradictory, depending on the study. The only risk factors consistently found in studies to be associated with eye disease are aging and smoking.

As your eyes get older, the lens of your eye may become cloudy. By age 80, nearly half of individuals develop some lens clouding, referred to as cataracts. Cataracts can also form through genetic disorders or other medical conditions. Symptoms include blurred vision, changes in colored vision, poor night vision, or double vision. The early symptoms of cataracts can be reduced by changes in lenses or lighting conditions. In later stages, surgical removal of the cataract may be warranted.

Glaucoma
Glaucoma does not refer to damage to the eyeball itself, but rather to the optic nerve that carries visual information to the brain. Changes in eye pressure may constrict the nerve, causing glaucoma. Medicated eye drops are a common treatment, but surgery may be necessary in severe cases.

If you experience any change in vision, visit an eye care provider immediately. An eye exam is essential to monitoring eye health, preserving your vision for life.

Dry Eye
Dry eye syndrome is caused by a chronic lack of sufficient lubrication and moisture on the surface of the eye. Consequences of dry eyes range from subtle but constant eye irritation to significant inflammation and even scarring of the front surface of the eye.

Dry eyes can become red and irritated, causing a feeling of scratchiness.

Dry eyes are very common, and dry eye syndrome is a major reason for visits to the eye doctor. A recent online poll revealed that nearly half (48 percent) of Americans age 18 and older regularly experience dry eye symptoms.

Also, results from a 2012 Gallup poll show that more than 26 million Americans suffer from dry eyes, and this number is expected to increase to more than 29 million within 10 years.

Symptoms of dry eyes and dry eye syndrome include:

And as odd as it may sound, watery eyes also can be a symptom of dry eye syndrome. This is because dryness on the eye’s surface sometimes will over-stimulate the production of the watery component of your tears as a protective mechanism. But this “reflex tearing” does not stay on the eye long enough to correct the underlying dry eye condition. In addition to these symptoms, dry eyes can cause inflammation and (sometimes permanent) damage to the surface of the eye. 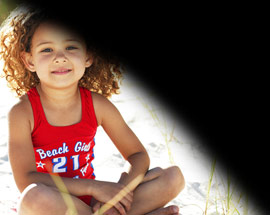 Seeing a curtain-like shadow coming down across your field of vision can be a sign of retinal detachment.

Retinal Detachment
If you suddenly notice spots, floater, and/or flashes of light, you may be experiencing the warning signs of a detached retina. Your vision might become blurry, or you might have poor vision. Another sign is seeing a shadow or a curtain descending from the top of the eye or across from the side.

Seeing a curtain-like shadow coming down across your field of vision can be a sign of retinal detachment.
These signs can occur gradually as the retina pulls away from the supportive tissue, or they may occur suddenly if the retina detaches immediately.

About one in seven people with sudden onset of flashes and floaters will have a retinal tear or detachment, according to a study reported in late 2009 in the Journal of the American Medical Association. Up to 50 percent of people who experience a retinal tear will have a subsequent detachment.

No pain is associated with retinal detachment. If you experience any of the signs, consult your Dr. Landrio & Associates right away. Immediate treatment increases your odds of regaining lost vision.  If you believe you are experiencing an ocular emergency after office hours, proceed to the nearest hospital for immediate attention.